The first year of our LEAPSyn-SCI

Promis project is successfully finished. Despite all restriction measures due to Covid19 pandemic, we fulfilled all Tasks and got richer for new knowledge, experience and team members! We are grateful to our students, Ana and Nemanja who joined us!🎉🍻⚗️🧫🧪🎊 #leaproteins #leapsynsci #fondzanauku #PROMIS #IMGGI #imsi #hemijskifakultet #singidunumuniversity

April is Parkinson's Awareness Month. Parkinson’s disease is, is the second most common chronic and progressive neurodegenerative disorder after Alzheimer’s disease. More than 10 million people worldwide are living with Parkinson’s disease. According to the latest data from Serbia’s Institute of public health, the total number of registered patients in Serbia was almost 14 thousand. The etiology and pathogenic mechanisms of Parkinson's disease remain incompletely understood. It has been presumed that the prevalence and incidence of Parkinson’s disease are influenced by both, environmental and genetic factors. The socioeconomic impact of Parkinson’s is enormous especially given the aging worldwide population and since the treatment of this disease requires a multidisciplinary approach and continuous health care, which implies huge direct and indirect expenditures. Also, considering the symptoms associated with this disease, support from caregivers (e.g., family members) is very important.

One of the main characteristics of Parkinson’s disease is the decrease of brain neurons that produce dopamine, a neurotransmitter involved in the regulation of fine movements which lead to tremors, reduced body movements and maintaining balance. The number of these neurons is reduced due to the toxic effect of the accumulated Lewy’s bodies, structures comprised of aggregated proteins, α-synuclein. Despite enormous research, the mechanism that initiates and affects α-synuclein’s aggregation is not yet revealed.

Although Parkinson’s disease was originally described in 1807, the cure for this disorder has not yet been discovered. The underlying mechanisms for Parkinson’s disease remain unclear, and current treatments should relieve symptoms and cannot halt the disease progression. Most drugs for this condition aim to either replenish dopamine levels or mimic its action in order to improve the quality of a patient’s life and to prolong life expectancy. Nowadays the most widely prescribed medication for the treatment of Parkinson’s is dopamine precursor levodopa (L-dihydroxyphenylalanine). With the same aim to compensate for the decreased dopamine level, new approaches based on gene therapy and stem cell therapy (e.g., fetal dopaminergic neurons) are developing. On the other hand, regarding drug discovery strategies against the cause of Parkinson’s disease, at the moment most of them are focused on identifying small molecules that could interfere with the aggregation of α-synuclein, or they are based on immunotherapy (the usage of anti-α-synuclein antibodies - passive immunization) and autophagy of amyloid fibrils. Therefore, the LEAPSyn-SCI approach is innovative. The main goal of the project is the reduction of the aggregation of α-synuclein by desiccation-related Late Embryogenesis Abundant (LEA) proteins in order to promote the development of the novel strategies to treat Parkinson’s disease.

The α-synuclein anti aggregating potential of LEA proteins is completely unexploited and the idea was proposed for the first time by the LEAPSyn-SCI team. Therefore, we have to carefully investigate the interactions of these two proteins under different experimental conditions. Upon finishing this phase, which at the same time presents the main goal of our project, the new possibilities for testing LEA proteins on artificial model systems and cell cultures will be open up. As soon as we confirm the success of the previous step, in collaboration with neurophysiologists and other specialty driven doctors to propose a new strategy for developing treatments against Parkinson’s disease.

CHECK OUT >> VIDEO << Brain Awareness Weak is held in March, with the goal of popularizing neuroscience. This year, the LEAPSyn- SCI project aims to promote the importance of developing new treatments in the fight against neurodegenerative diseases, such as Parkinson's. The idea of LEAPSyn- SCI is to inhibit α-Syn with LEA proteins of the Serbian Ramonda plant, which in turn fights Parkinson's disease. #fondzanauku #promis #brainawarenessweek #imggi #imsi #singidunumuniversity #hemijskifakultet

Science fond, RS CPN published a pamphlet entitled "PROMIS" with descriptions of all projects under - Program for excellent projects of the young researchers. LEAPSyn-SCI is proud of being among nominated titles. #fondzanauku #PROMIS #leapsynsci #IMGGI #hemijskifakultet #imsi #singidunum

National holiday Armistice Day is commemorated every year on 11 November to mark the armistice signed in World War I. The emblem for this holiday is worn during the week before and is represented by motif of the strip of Albanian memorial and the purple flower of Ramonda.

Ramonda, Serbian endemic redirection plant capable of surviving long periods of extreme dehydration and re-establishing metabolic activities upon watering, symbolises the rise of Serbian people, like a phoenix, came out victorious, despite all the difficulties and hardship that happened during World War I.

Promotion: Ramonda as a medicine

On 21th of September, 2020 our project made appearance on the Serbian Broadcaster RTS1. The goal was to introduce future benifits of "LEAPSyn-SCI – Late Embryogenesis Abundant Proteins: Structural Characterisation and Interaction with α-Synuclein” project within the PROMIS program. The overall objective of the Project: reduction of the aggregation of α-Synuclein (α-Syn) by desiccation-related Late Embryogenesis Abundant (LEA) proteins in order to promote the development of the novel strategies to treat Parkinson’s disease.

Contract is signed! We're happy to announce the official start of our project LEAPSyn-SCI! &#128522

On 11th of March, 2020 the Science Fund of the Republic of Serbia (http://fondzanauku.gov.rs) has formally presented “LEAPSyn-SCI – Late Embryogenesis Abundant Proteins: Structural Characterisation and Interaction with α-Synuclein” project within the PROMIS program. The overall objective of the Project: reduction of the aggregation of α-Synuclein (α-Syn) by desiccation-related Late Embryogenesis Abundant (LEA) proteins in order to promote the development of the novel strategies to treat Parkinson’s disease. The project duration is two years, and the budget is 178000 EUR. 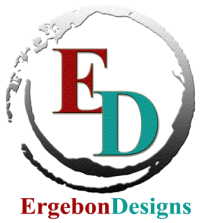